This major report sets out the evidence on how best to support children’s foundational cognitive development in the early years, covering their theory of mind, objects, numbers and words. Understanding these crucial areas of development is key to ensuring children are ready for school and supporting efforts to reduce income-related gaps in school attainment.

Healthy cognitive development is strongly associated with children’s attainment at school and their future life chances.

This review highlights the importance of children’s early language development, which previous EIF reviews have identified as playing a critical role in children's overall development and wellbeing, as well as three other competencies associated with their future success: understanding of objects, people and numbers. These four competencies were chosen because they draw from perceptual capabilities that are already present at birth, and are widely viewed to represent the building blocks for children’s later learning.

The report also sets out a range of milestones in children's development in each of the four areas, summarised in the following chart (click to expand). 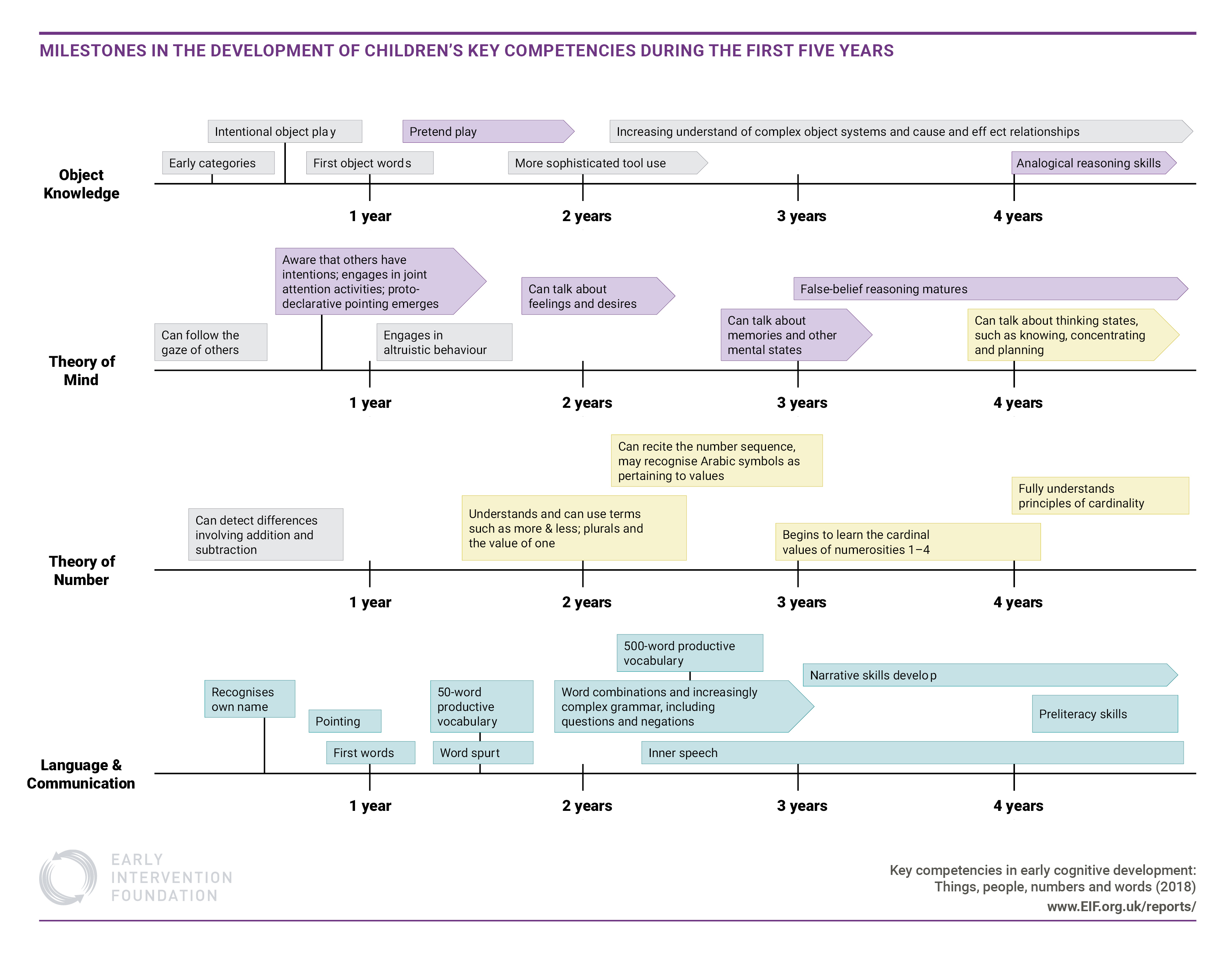 James is a member of the EIF evidence panel.

Tom is director of evidence at EIF.