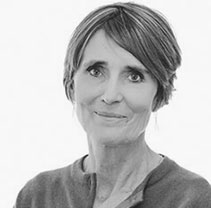 Dame Clare Tickell DBE was appointed as chair of the Early Intervention Foundation in November 2014. Clare Tickell is chief executive of Hanover Housing Association, one of the UK’s leading providers of affordable housing and services for the over-55s. Prior to joining Hanover, Clare was chief executive of Action for Children, one of the UK’s largest children’s charities. In that role she influenced the development of policies that affect the lives of the most vulnerable and neglected children, young people and their families and communities across the UK.

In July 2010 Clare conducted a review for the government of the Early Years Foundation Stage Framework which sets learning and welfare standards for the under-5s. The review was published in 2011 and its recommendations implemented in 2012.

Clare has also held many non-executive and advisory positions in the voluntary and housing sectors, as well as in the Social Exclusion Unit, the Office of the Deputy Prime Minister, the Department of Health and the Audit Commission.

In 2008, Clare was awarded the ‘Third sector Most Admired Chief Executive’, voted by other leaders in the voluntary sector. In 2009 she was made Dame Commander of the Order of the British Empire, for services to young people.