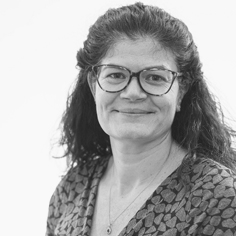 Sally Burlington is head of policy at the Local Government Association (LGA). In this role, she leads the LGA’s work on social policy issues, bringing a deep understanding of the national perspective and the evidence about policy and practice and what works to improve outcomes in local communities.

Sally has had a wide-ranging career in policy and strategy development, particularly focusing on policies to tackle poverty and disadvantage. Originally joining HM Treasury as an economist, she worked on a range of policies, including leading the secretariat of the Review of Young Children’s Services in 1997, which produced Sure Start, after which she became the first official in the Sure Start Unit. She joined the Office of the Deputy Prime Minister’s Social Exclusion Unit in 2002, and from 2004–07 she led the secretariat for Sir Michael Lyons’ inquiry examining local government and how it is funded. She returned to the Department of Education to lead policy on children in care and early intervention from 2007–12.

In her spare time, she jointly runs a Sunday drop-in for the homeless in Croydon